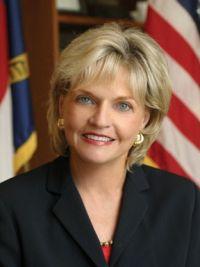 We already have too many people in the NC General Assembly touting virtual pre-K, and a State Superintendent whose insistence on replacing teachers with screens is baffling to those of us with actual credentials to make decisions about how students can be supported in their education.  We were very vociferous on May 16, 2018 and even more clear on May 1, 2019.

Former classroom teacher and NC Governor Bev Perdue – where were you when teachers statewide rallied to advocate for their students? Your silence was deafening and your latest essay published today solidifies you have strayed from advocating for students to advocating for “entrepreneurs.”

After leaving the Governor’s mansion, Perdue went on to found digiLEARN, whose “focus (is) on cultivating an innovative economy for education technology start-ups and entrepreneurs.”  What happened to the former school teacher whose focus was student success empowered by the support of their parents, teachers, communities, and policymakers? Perdue may have moved on from that mission, but true public education advocates have not.

The narrative that virtual pre-K is better than no pre-K is a false narrative.  Pre-K funding is not a zero-sum game where we must choose between something, and nothing.

Thousands of students are on the NC Pre-K waitlist while this year $12 million went unused in NC’s “Opportunity Scholarships” which offer $4,200 private school vouchers to families making up to $63,000 annually.

Despite $12 million in unused funding, the program is still slated to receive an additional $10 million annually.  The NC Senate proposes raising the annual income eligibility for “Opportunity Scholarships” to $70,000 to expand use of these funds. A family making $70,000 would need to have 9 children to qualify for NC Pre-K.

Since supporters of these vouchers are proponents of free market decisions, isn’t the market telling us that money needs to go to NC Pre-K, where there is a shortage, and away from the $22 million and growing surplus in the “Opportunity Scholarship” fund?

That would be a free market response to expanding opportunity.